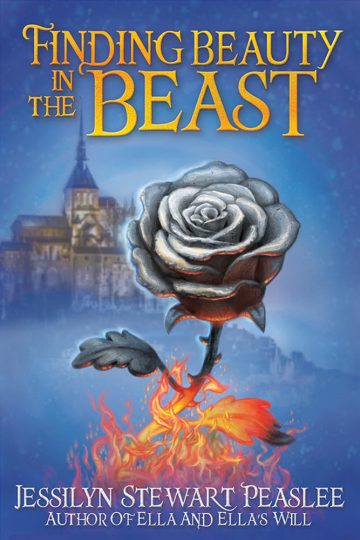 Finding Beauty in the Beast

Corbin’s simple rose was supposed to drive the princess away. He never wanted her to choose his gift–or him. After all, no one would choose to marry a beast. Princess Rose’s fiery temper has kept every potential suitor away, until now. Corbin and Rose might be stuck living with each other, but no one can force them to fall in love

The Goodreads Giveaway ended on Saturday night and I want to thank the 969 people who entered! Nine Hundred and Sixty-Nine, my friends. Whoa! But, if you missed that one or you’re not on Goodreads, then here is another giveaway you won’t want to miss!

“Ella’s Will” will be sponsoring a month-long giveaway for the month of October for New LDS Fiction. You don’t have to be a member of anything, you don’t have to be LDS, and you don’t have to give anything to enter–except your excitement over the possibility winning a free book! All you do is login with your Facebook account or email, pick the book you want, AND the format, and you’re done! Easy Peaslee! Just click on the link below, take a gander at the books (pausing extra long at “Ella’s Will”) scroll all the way to the bottom, and click on the “Enter to Win” box. You have absolutely nothing to lose! No strings attached! Good luck!

From Kindle and Me: “This is hands down the best Cinderella retelling I have ever read! The twist to it is genius! The main characters were so selfless that I cried my eyes out over them!”

For more, and to enter the GIVEAWAY, just click on the link below! 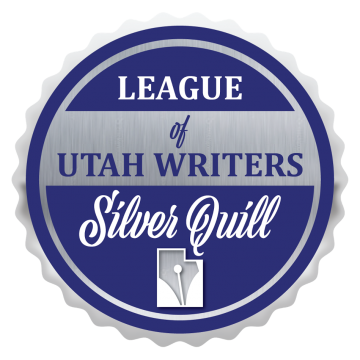 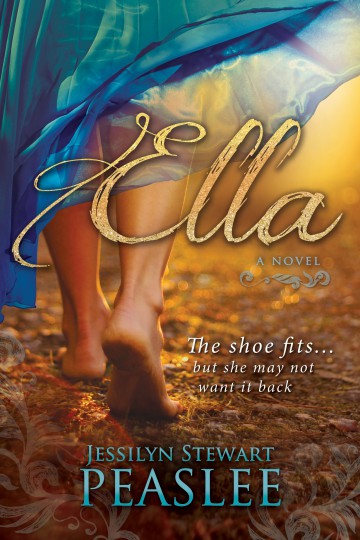 Thank you SO much, League of Utah Writers, for awarding “Ella” the 2016 Silver Quill Award! I am SO honored and grateful! 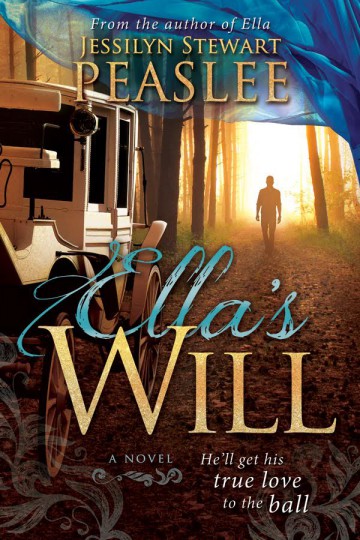 It is with shaking hands and a pounding heart that I reveal the cover for Ella’s Will. Thank you Rebecca Greenwood at Cedar Fort for reading my mind! It is absolutely perfect! Release day: September 8th, 2016!!! 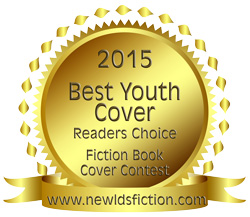 Thank you to everyone who voted for “Ella.” I am SO excited! Thank you New LDS Fiction.

I may or may not be writing this because I received my first one-star review–not that I’m insecure enough to check or anything, and not that I shed a tear, or two…or thirty-eight over said review or anything as pathetic as that. OK, I read the reviews, all right?!?! Am I not human?! Do I not have moments of weakness?! I know I shouldn’t check, but I’m enough of an amateur to justify it. Thankfully, I have Taylor Swift to help me through these hard times and baby I’m just gonna shake it off, shake, shake, shake shake if off. Apparently haters gonna hate, hate, hate, hate, hate.

Anyway, I also have a cold which makes me irrational, tired, and insanely stuffy which means I couldn’t sleep last night which also means I was forced to think. As I dozed–alternating between breathing out of my mouth which became painfully dry to then closing my mouth to breath out of my nose which really meant I was dying a slow, suffocating death–I pondered on the fascinating predicament I am in as a “writer.” I put that in quotes because it feels like I’m faking it whenever I say that. Fakers gonna fake, fake, fake, fake, fake.

The predicament is this: I have no control over whether people like my little book or not. I knew this going in. It scared me to death that something I wrote late at night in my holey jammies could someday be held in someone’s hands I had never met before…and they could HATE it! And me! And my words! And my family! And my dog! I wanted to meet everyone who read my book and plead for their compassion. I wanted to look into their eyes to show them I was a human being with feelings and flaws and insecurities and beg them to be nice to me. Alas, that would not only be impossible, but it just might have come off as scary. Really scary.

So, the leap of faith had to be taken, for which I will forever grateful. I have not only learned a lot about myself, but a lot about other people. Once I get over my despair upon discovering someone didn’t like the book, (just kidding…kind of) I get a chance to think of where they might be coming from. People who like the book may have had lives similar to mine, while those who don’t like it could be coming from a completely different place. Or maybe I am a crappy writer…

For example. I have had a few people tell me that the stepmother is almost too wicked to be believable. This actually makes me happy. It makes me happy because that most likely means that they haven’t known anyone that “wicked.” They may be surprised to  know that the stepmother is based on 2 or 3 real, live people I have known and that I actually had to hold back in order to make her more “believable.” While other people have said, “That sounded just like ________ in my life. She was just like that!”

We all have our own reasons for thinking something is good or bad. I remember the first time I read “Pride and Prejudice” as a  freshman in college during finals week. I threw it across the room. Seriously. I did throw it softly, though, because I was borrowing it. I simply did not have the patience for it. Just tell me the story, Jane!! Geez! I could also have hated it because I wanted something nice and easy to read between studying, but instead it made me think too much and hurt my brain and infuriated me. Anyway, I read it again about fifteen years later while I nursed my baby and watched my kids play outside. I. Loved. It. Now, I’m not saying that if only people would read my book in relaxing, beautiful surroundings they’ll fall in love with it, I’m just saying we’re all coming from different places and that effects how we feel about everything. They also could have plain old hated it, and that’s cool. It’s not Jane Austen, for heaven’s sake!

I’m not a harsh critic. Maybe I’m too easily entertained or small-minded, but when I see a book, and I’m all like, “A book!” and I read it. Very rarely do I hate it enough to throw it across the room–you know, unless it’s a classic that’s loved, quoted, and renowned the whole world over. Just those ones. But other people are harsh critics and they have every right to be. That’s where they’re coming from. They may have impeccable taste, or simply be in a bad mood, or they genuinely thought the book was stupid, and they can go right ahead and feel that way. It’s just fascinating that some can love it and have it change their lives, while others hate it and throw it across the room. Heartbreakers gonna break, break, break, break, break.

It’s all in the eye of the reader. And when I say ‘eye’ I mean heart, mind, circumstances, past, feelings, surroundings, joys, sorrows, likes, dislikes. I’ve always know this, it just has new meaning to me. And this isn’t just about writing and putting a book out there. Everyone has a story. Everyone has talents and hopes and dreams that the rest of the world needs to hear and see and feel. But, we may get scared and hold ourselves back because we’re worried we might fail, or that other people might not like what we created.

Guess what I’m gonna say. Baby, shake it off.

Last night at about 2 am, I sent in my last edits for my first book. As powerful as the relief was knowing that it was “complete,” I felt a strange loss that I wasn’t expecting.

For the past two years and eight months, I have been thinking about my book. I started it on January 18, 2013 and since that first click of the first key, it has been on my mind. As I washed dishes, as I folded laundry, as I drove around running errands, I would be thinking about “Ella.” I would go through it in my mind over and over again, wondering if I had adequately explained what I meant, without actually saying what I meant. Was I clear without being obvious? Were my characters consistent, yet evolving? Did I use the right words? There were so many times that I would have to drop whatever I was doing, run to the computer and switch one word that felt out of place in my mind. And once it was changed to that perfect word, it was like I was coming up out of the water after holding my breath.

There is always something that can be fixed or changed. That is the beauty and frustration of creating. The process of perfecting this little creation of mine is (or has been) never-ending. When Mr. Rochester asked Jane Eyre if she was satisfied with her paintings, she replied, “Far from it. I was tormented by the contrast between my idea and my handiwork: in each case I had imagined something which I was quite powerless to realise.” That is the frightening part: knowing what is good and knowing that my abilities, or lack thereof, might prevent me from creating something that I know is good.

But, the beautiful part of creating something is knowing that this idea that began while I read a story to my little boy has evolved and taken on a life of its own, almost separate from me–though always connected to me. It is a part of me, though it has grown to be outside of my own mind and heart and will soon be a part of other people’s minds and hearts. That sharing of my creation is both humbling and terrifying. And that was what I felt last night. Even after I hit “send” and went to bed and tried to go to sleep, the butterflies in my stomach would not allow it.

I realized that I could no longer be selfish with my little Ella. What began as a fun project became a journey I never could have dreamed of; a dream that came true before I even knew I dreamed it.

I will miss my little late-night “conversations” with just Ella and me, while I sat at the computer or wrote my notes, watching her grow, and hoping that I grew right along with her. Crying when she cried. Cheering her on when everything fell apart. Knowing why she smiled, even if I didn’t always give a reason.

“Ella” is being printed as I write this. She is coming to life, even as a part of me has to let go of just the dream of her. She is now a reality. A reality that I now get to share with everyone.

And that is the beauty of it all.

As soon as I felt the warmth from the fire, I realized I was freezing. The thought of leaving the delicious heat sent chills through me and I couldn’t bear to abandon it. I stretched out my weary body on the hearth, not caring about the cinders and soot that clung to me. I untied my shawl, placed it under my head and lay down, and watched the flames dance to a song I couldn’t hear.

Without the help of mice, magic, or fairy godmothers, the reserved yet resilient Ella Blakeley must find within herself the courage to overcome almost insurmountable obstacles, combat feelings of loneliness and worthlessness, forgive the unrepentant, and open her eyes and heart to the selfless and patient nature of true love. Through sacrifice and perseverance, Ella slowly rises from the cinders in her soul to make the transformation from mere survival to truly living and loving.